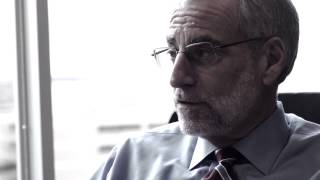 As a former three-term District Attorney in Dane County, Hal Harlowe’s familiarity with the complex operations of our legal system gives him an invaluable advantage in defending clients. His trial experience includes representing defendants in juvenile and criminal defense cases, defending licensed professionals in disciplinary matters, and litigating civil matters such as personal injury, contract disputes, real estate and guardianship cases. Having led countless investigations himself, Harlowe has a first-hand understanding of how investigations are conducted and how to defend against them. He has handled civil and criminal cases in state and federal courts ranging from basic matters to extremely complex litigation, as well as high profile cases where confidentiality is vital.

A significant part of Harlowe’s practice is in representing licensed professionals in all facets of their practice including negotiating employment contracts, responding to state and federal regulatory inquiries, and defending against ethics allegations and criminal prosecutions in both state and federal court. He has represented physicians, nurses, pharmacists, chiropractors, lawyers, psychologists, appraisers, real estate brokers and other licensed professionals. Early in his career, Harlowe was recruited by the Secretary of the Wisconsin Department of Regulation and Licensing (now the Department of Safety and Professional Services) to establish and direct the division that investigates and prosecutes licensed professionals. He was later appointed the Chairperson of the Governor's Task Force on the Discipline of Licensed Professionals. Harlowe co-authored the report that guided the reorganization of procedures for handling complaints against physicians and other professionals in Wisconsin. He led the effort for increasing the fairness and effectiveness of the investigative system, and for providing due process to licensed professionals facing complaints. Harlowe’s history with the system has contributed to his success in this area.

Harlowe was elected Dane County District Attorney in 1983 and served three terms. As D.A., he earned a reputation for being an effective and fair prosecutor, who was willing to take on tough cases. He brought needed reorganization to the office and the court system, and instituted a nationally recognized program for addressing the problems of domestic violence against women and children. Harlowe showed a continuing commitment to justice and an intolerance of prejudice and bigotry, and successfully prosecuted one of the nation's most notorious serial-racist killers. He is frequently interviewed for TV and other news sources regarding the internal workings of the criminal justice system (for example). Prior to his term as D.A., Harlowe served as Assistant Attorney General in the State Department of Justice's Criminal Trials Unit. There he supervised investigations, conducted grand juries and John Does, and prosecuted criminal matters of statewide importance including organized crime activities, homicide, tax evasion and white collar crime.

Harlowe went into private practice in 1989 and established the boutique firm of Hal Harlowe & Associates in Madison, focusing on defense of licensed professionals and criminal defense. He joined Murphy Desmond in 2012 to be able to focus solely on his practice and to utilize the resources and diverse talents in a mid-size firm setting.

Harlowe’s in-depth experience in the judicial and administrative system has been recognized by his inclusion on lists such as Best Lawyers in America®, Wisconsin Super Lawyers®, Top 10 Criminal Defense Attorneys in Wisconsin, Top 100 Trial Lawyers, and “Top Lawyers” (in Madison Magazine). Harlowe has also received the highest rating, AV, by Martindale Hubbell® and is rated 10.0 "Superb" on Avvo.com. In 2020, Hal received an exclusive honor as an inductee as a Fellow of the American Bar Association. In 2022, he received "Madison Lawyer of the Year - Criminal Defense: White Collar" by Best Lawyers in America.